Born and raised in Hull, Massachusetts, Hannah attended University of Massachusetts Amherst where she graduated with a B.A. in Communication. Hannah worked her way through school in retail, restaurant, and day care center roles. From those experiences and looking forward, she developed a passion for helping local businesses. Coming from a tight-knit small town, Hannah sees the Fellowship as a chance to strengthen community connection across geographies and markets through outreach and engagement, ecommerce, web operations, and cybersecurity.

Hannah earned the following qualifications after completing Four Levels of training and delivering measurable value to Local Businesses on each skill covered.

Venly Qualifications differ from academic credentials in that each qualification is a measure of value delivered to a local business. Specifically, a qualification was only conferred after Hannah:

“As Hannah’s Fellowship Coach for the past year, I’ve admired Hannah’s strong relationship and communication with her clients along with her passion for their progress. Hannah’s clients regularly describe how much they depend on her always being exceptionally prepared to lead them through their priorities. They also credit Hannah’s energy, humor, and ability to think on her feet no matter what comes up.”

Throughout Hannah’s Fellowship, she upskilled local businesses on Outreach & Engagement, Community Commerce, Operations, and Cybersecurity. To begin that process, Hannah benchmarked a total of 4,422 scores for 2,534 organizations based on best practices for 503 market categories. Hannah helped to build 355 Revenue Grower benchmarking tools and then measured the ongoing progress she made with specific clients described in the Proof Point section below.

Over the course of the Fellowship, Hannah received an average of 5 stars from business leaders who left online reviews about their experience working with Hannah. Selective reviews:

“I have been working with Hannah London on our account. She is extremely knowledgeable in social media and has helped me to see the many ways it can help increase our business.”

“I work for the Tewksbury Federal Credit Union and we’ve just started stepping into the world of social media. We’ve been working with Hannah over the last couple of months and she is an absolute pleasure to work with! She’s well spoken, intelligent and full of great strategies and suggestions of ways we can improve our social media footprint. We’ve seen a tremendous growth so far and we owe it all to her! Thank you Hannah!” 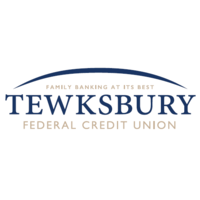 “We have used Venly to help with our social media and internet presence for the past 3 years. All of the fellows we have worked with have been extremely helpful and creative. They handle and walk us through all the confusing aspects of today’s ever changing social media platforms.

We are currently working with Hannah London who has been great. She has helped us set up successful ad campaigns on Facebook & Instagram, handles daily posts of our specials and has offered valuable suggestions to help our business grow. Venly and their employees offer an amazing service at an extremely reasonable cost. Highly recommended.” 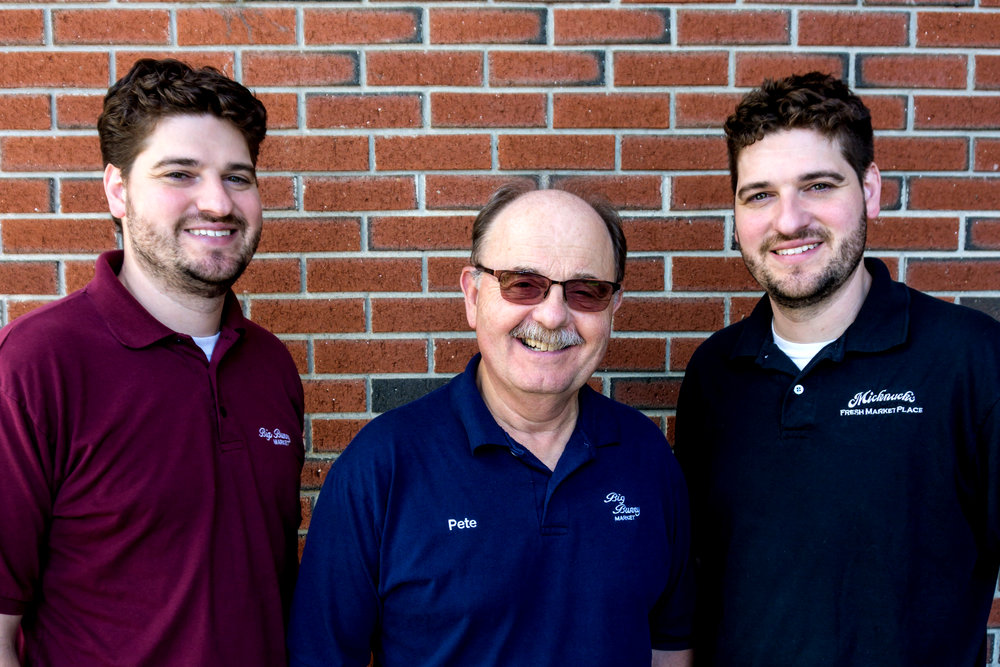 Justin Cournoyer serves as Vice President and manager of Micknuck’s and part of the third generation leadership since his grandparents opened the original Big Bunny store. Each month, Justin developed and executed Micknuck’s growth strategies with his sixth annual Venly Fellow, Hannah London, a recent Communications graduate from University of Massachusetts Amherst, the nearby state university. The monthly webconference meetings with Justin and his Fellow along with the Venly Support Team take place virtually through a Networked AI & Big Data platform.

Justin Cournoyer designated two goals with his Venly Fellows for the business’s progress:

1. Claim and build out all relevant social media and review platforms
2. Increase sales from the previous year as a result of increased online presence.

A social media diagnostic was then completed with Justin’s initial Venly Fellow. The Venly Social Score is a diagnostic that evaluates a business’s total social media use as a percentage. The Social Score rates a business’s use of social media and their website. The score is broken down by channel with 10 best practice score elements possible per channel. Justin continues to work with each Fellow to implement their recommendations that optimize the following digital channels to improve Micknuck’s online visibility through search engine optimization: 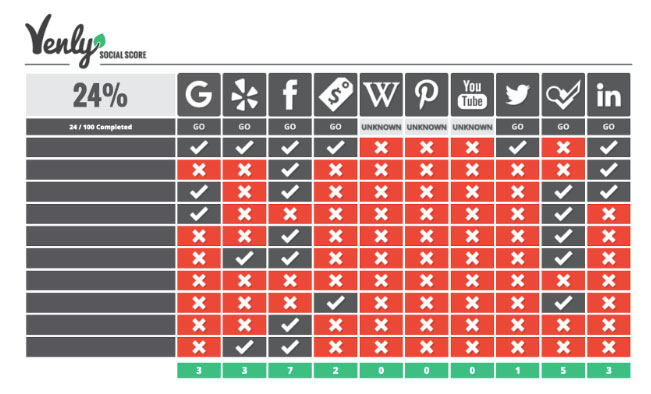 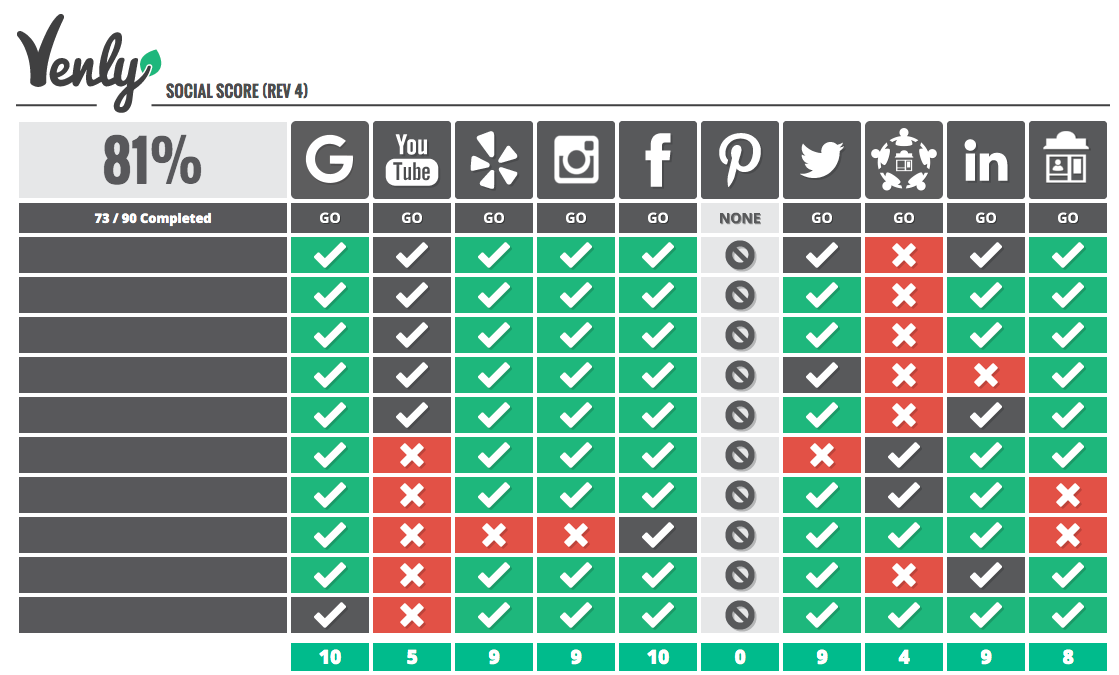 Since optimizing the above social media and local listing pages organically, Micknuck’s has earned an extraordinary number of reviews with an average of at least 4 out of 5 stars on Google My Business, Yelp, and Facebook. Specifically, all of Micknuck’s positive reviews on Google My Business and Yelp and over half of the Facebook reviews have also been posted since optimizing the pages. The reviews demonstrate how customers find Micknuck’s pages online and their largely positive reviews reinforce Micknuck’s search engine optimization and general appeal to potential customers. With this strong organic online presence, Hannah aimed to continue the momentum by using social media to promote Micknuck’s 18th anniversary, which Justin chose to promote in addition to a weekly sale in February.

Throughout Micknuck’s partnership with its Venly Fellows, Justin and his staff have been trained to post their daily specials on Facebook and Instagram where they see daily customer engagement. Micknuck’s daily specials posts receive more views on Facebook than on other social media channels and customers are accustomed to getting product and service updates via Facebook.

Given the low cost of paid media for Facebook campaigns, Justin and Hannah decided on using Facebook ads to promote Micknuck’s Customer Appreciation Month in October and a weekly sale in February. When designing the Facebook ad campaigns, Justin and Hannah wanted to better understand which Facebook ad campaign objectives would be most effective in getting users to view their weekly sale on Micknuck’s website. They began with a hypothesis that visitor views of the weekly sales webpage would increase in store visits, and increased store visits would increase sales. Based on that logic, they chose weekly sales revenue as the measurable outcome that would result from their specific Facebook ad campaign objectives and establish a benchmark of a percentage impact on weekly sales that can be expected and improved over time.

1. Established measurable goals for a business’s social media ads starting with Facebook ads.
2. Instructed the business on Facebook ads and strategies through a step by step tutorial on how to create a Facebook ad and the different tools to use depending on objectives (e.g., A/B testing to better understand which demographics engage most effectively with the content).
3. Advised on the visuals, copy, time frame, and budget for the Facebook ad.
4. Created the Facebook ad campaigns.
5. Reviewed Facebook ad metrics focusing on the cost per click, link click, engagement by demographic, and impressions.
6. Guided the business on best practices for campaigns (e.g., general instruction on posting frequency, synergies with Instagram and other related channels to foster audience trust).
7. Monitored Facebook Insights, Instagram Insights, and other channel analytics to determine what type of content each audience segment found most engaging.

They selected the Facebook ad campaign objective of “Traffic” for the October campaign and “Reach” for the February campaign. Both campaigns used “Facebook Audience Targeting” to refine the target audience by location. This feature helped the campaigns to focus on Fiskdale, MA. The October campaign also included surrounding towns Brimfield, MA and Sturbridge, MA. During the campaign planning process, Hannah and Justin reviewed Micknuck’s audience demographics to date on Facebook and found similar content engagement rates ranging across all age groups from 21 to 65+. This led to a secondary goal of learning more about which age ranges are more likely to interact with ads in Facebook ad campaigns.

When comparing the October campaign and the February campaign, the October “Traffic” campaign reached fewer people (542 vs. 21,000) as expected based on the Facebook ad objective prioritizing the October budget toward click throughs to Micknuck’s website rather than reach. As a result the October campaign had a higher click through rate (2.02% vs 0.40%) and a lower cost per click ($0.70 vs $1.00). These results line up with expectations of comparing a campaign optimized for traffic to a website (October) against a campaign optimized for reaching a wide audience (February). The October results yielded an unexpected observation that will be analyzed in future tests with the next year’s Fellow: instead of the approximately equal engagement by gender, the October campaign demographic engagement came from 80% women and 20% men even though no gender had been targeted.

At a detailed level, the October campaign controlled for ages 21–65+ as the target audience. Within that target, Hannah and Justin found that women ages 55–64 accounted for 19% of conversions (link clicks) while only accounting for 10% of the campaign’s reach. This resulted in both the lowest cost per result at $1.55 and the highest conversion rate across age demographics. Women aged 35–44 had the next highest conversion rate at 18%. However this group also had the highest cost per result at $2.25. Less than 3% of the audience reached was age 13–24 and this youngest age group had no conversions.

These findings led Hannah and Justin to narrow their age demographic to 35–64 in the February campaign and test a larger scale audience by using the “Reach” objective. For the ages between 35–64:

The increased sales from the initial tests energized Justin to run more narrowly controlled testing in future Facebook campaigns. These extra controls will further refine age and other demographic impact on engagement and overall purchasing behavior. Based on the two Facebook ad campaigns run with Hannah, Justin will work with subsequent Fellows to assess whether 6–7% increases in weekly sales compared to the previous year can be sustained over time when running Facebook ad campaigns. Further testing will also find ways to:

The following recommendations came out of the campaigns for a better understanding of Micknuck’s customer demographics in terms of both gender and age within the 24–65 range.
3 Immediate Recommendations for Future Campaigns:

1. Use a Facebook ad objective focused on conversions, such as “Store Traffic” which optimizes the campaign in order to drive people who are nearby to a brick and mortar location.
2. Test a Store Traffic campaign by controlling for location, frequency, ad copy, ad creative, budget, buying type, and auction type. Simultaneously run the A/B testing for women vs. men ages 25–64 to determine if the gender demographic results in the October campaign can be repeated and optimized going forward.
3. Apply the winning results from the next A/B test on gender to design a subsequent campaign targeting the most relevant audiences (e.g., A/B testing age groups 25–34, 35–44, 45–54, and 55–64).

According to Justin, his work with Venly Fellows overall and Hannah in particular, continues to help Micknuck’s Fresh Marketplace grow.

”Hannah as our most recent Fellow has definitely made a big difference, and we continue to get way more traction on social media. A 5-7% increase in sales is a big jump in this industry. And beyond sales, we’ve been gaining followers from these ads.” 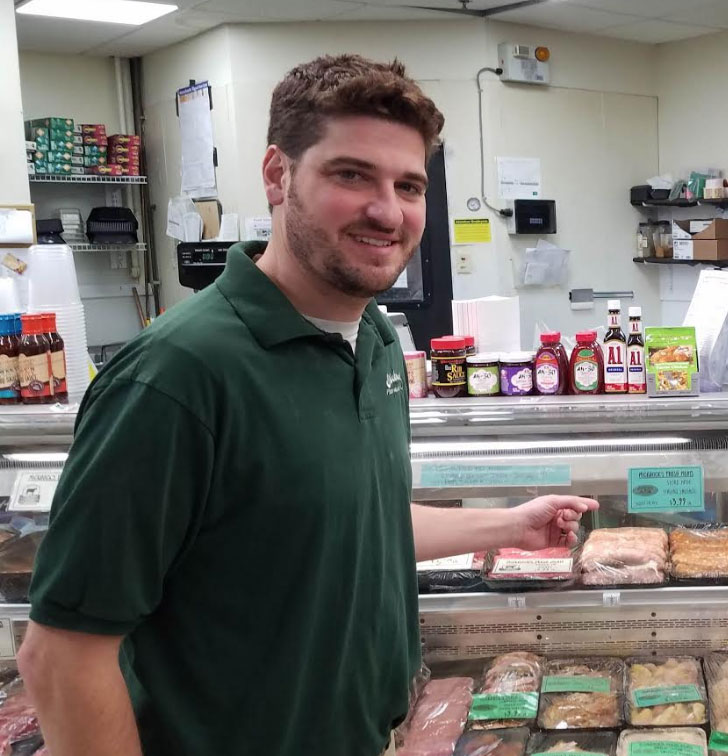 In short, Micknuck’s drove in-person visits, sales, and engagement from Facebook campaigns featuring the store’s most popular items with particular customer demographics active on Micknuck’s social media. With newfound analytics on Micknuck’s customer community, the store can more strategically create content and campaigns across social media channels to maximize engagement with specific demographics. In turn, Justin, supported by his Venly Fellows, will drive an even greater positive impact on Micknuck’ sales revenue.